W：But I'd rather spend my college days funding out how children learn.

Q：What do we learn from the conversation?D)。

2.W：Is everything ready for the conference?

M：The only thing left to do is set up the microphones and speakers.They’U be here in a few minutes.

Q：What preparations have yet to be made? B)。

4.W：I'm not sure what I'm in a mood for.Ice-creain or sandwiches?They are both really good here.

M：The movie starts in an hour.And we still have to get there and park.So just make a decision.

Q：What does the man mean? C)。

5. W: Tom said he would come to repair our solar heater when he has time.

M: He often says he is willing to help, but he never seems to have time.

Q: What does the man imply about Tom? B) o

6. W: So you know that Sam turned down the job offered by the travel agency?

M: Yes. The hours were convenient. But if he had accepted it, he wouldn't be able to make ends meet.

Q: What do we learn from the conversation? C) o '

7. M: Could you tell me a bit about the business your company is doing?

W : We mainly deal with large volume buyers from western countries and our products have been well received.

Q: What business is the woman's company doing? A) o

8. W: Yesterday I made reservations for my trip to Miami next month.

M: You must really be looking forward to it. You haven't had an,v time off for at least two years.

M: Excuse me. I need some information about some of the towns near here. W: What would you like to know?

(9)I’d like directions to go to Norwalk. I believe there is an interesting museum there. It isn't far, is it? W: No, not at all. Norwalk is about eighteen miles east of here on Route 7. And you're right. It's a-wonderful little museum.

M: Oh, good. Now what about Amitsville? I have some friends. I'd like to visit there and I also want to get to Newton. They are near each other, aren't they?

( 10 ) they are acialally in opposite directions. Amitsville is northeast. It's about thirty-five miles northeast of here.

M.. Huh-uh, thirty-five miles northeast. And how about Newton?

W: Well, ( 10 ) Newton is in the other direction. It's southwest, so it isn't really very close to Amitsville at all and it's a long drive. It's about fifty-five miles southwest from here and the road is not at all stxaight.

W: I'd recommend visiting Westfield or Great Town. They are both very close. Westfield is just seven miles west of here and Great Town is about five miles south. ( 11 ) They are really pretty little towns with lots of old houses and beautiful tree-lined streets.

M: I see. Seven miles west to Westfield and five relies south to Great Town. Good. Well. I think that's all the information I'll need for a while. Thank you. You've been very helpful.

W: You're welcome, sir I hope you enjoy your stay.

9. What does the man know about Norwalk? B) 。

10. What does the woman say about Amitsville and Newton? A) 。

11. What do we learn about Westfield and Great Town? C) 。

M: Err... Sandra, I've finished with Mr Gartner now. ( 12 ) Do you think you could pop through and bring me up to date on the arrangements for the Italian trip?

W: Certainly, Mr Wilkinson. I'll bring everything with me. M: Right. take a seat. Now my first meeting is when?

W: Your first meeting is on Monday the 21st at 9:00 a.m. with Dr. Gucci of Bancosen Piedra in Milan. M: OK. So can I fly out early Monday morning?

W: Well, there is a flight to Linate Airport which leaves at 6:30 London time and gets in at 8:30 Italian time.

M: Hmm... not so keen on that. What's the program for the rest of that day?

W: You're meeting him at his office and then he's taking you somewhere. M: Good, that sounds fine. What about the afternoon?

W: Well, at 3:30, you're seeing our sales representative there and then you're free till the evening. M: I see. I seem to remember that I'm having dinner with someone from Bergamo.

13. At what time is Mr Wilkinson going to leave home for the airport? D) 。

14. Who is Mr Wilkinson going to have lunch with on Monday? D)。

Donna Fredrick's served with the Peace Corps for two years in Brazil. (16) She joined the Peace Corps after she graduated from the college because she wanted to do someing to help other people. (17) She had been brought up on a farm, so the Peace Corps assigned her to an agricultural project. Before she went to Brazil, she studied Portuguese for three months. She also learned a great deal about its history and culture. During her two years with the Peace Corps, Donna lived in a village in northeastern Brazil. That part of Brazil is very dry and farming is often difficult there. Donna helped the people of the village to organize an irrigation project, and she also advised them on planting corps that didn't require much water. When Donna returned to the States, she couldn't settle down. (18) She tried several jobs, but they seemed very boring to her. She couldn't get Brazil out of her mind. Finally, one day she got on a plane and went back to Brazil. She wasn't sure what she was going to do. She just wanted to be there. After a few weeks, Donna found a job as an English teacher, teaching five classes a day. Like most of the teachers, she doesn't make much money. She shares a small apartment with another teacher. ( 19 ) And she makes a little extra money by sending stories to newspapers in the States. Eventually she wants to quit teaching and work as a full-time journalist.16. Why did Donna join the Peace Corps after she graduated from college? A) o

19. How did Donna make extra money to support herself? B) 。

(20) Results of a recent Harry's poll on free time shows that the average-work week for many Americans is 50 hours. With the time spent eating, sleeping and taking care of household duties. ( 20 ) there's little time left for leisure activities for many Americans. However, having free time to relax and pursue hobbies is important. People need time away from the pressures of study or work to relax and enjoy time with friends and family. In different countries, free time is spent in different ways. (21)The results of a Harry's poll showed that reading was the most popular spare time activity in the US. This-was followed by watching TV. In a UK survey on leisure time activities. watching TV and videos was most popular. Listening to the radio came second. In a similar survey conducted in Japan, the most popular free time activity was eating out. The second most popular activity was driving. There were also differences in the most popular outdoor pursuits between the three countries. The most popular outdoor activity for Americans was gardening. (22) In the UK, it was going to the pub. In Japan, going to bars ranked eighth in popularity and gardening ranked ninth. Although people around the world may enjoy doing similar things in their free time, there's evidence to suggest that these interests are changing. In the US, for example, the popularity of computer activities is increasing. Many more people in the States are spending their free time surfing the Web, e- mafling friends or playing games online.

20. What is the recent Harry's Poll mainly about? C) 。

21. What was the most popular leisure activity in the US? A) 。

22 What was the most popular outdoor pursuit in the UK? C) o。

(23) On March 13, while on duty, Charles McLaughlin, a very careless driver employed by the company Lummis was involved in another accident. The accident occurred in Riverside California. Not paying attention to his driving, McLaughlin turned right on main street in 33rd street and hit Volkswagen Rabbit. This caused minor damage to his truck and serious damage to the car. (23) On the basis of the police report, the Lummis Accident Committee correctly determined that McLaughlin had been quite careless. As a result of the committee's conclusion, the branch manager Mr David Roasi reported that he had talked with McLaughlin about his extremely poor driving record. Further evidence of McLaughlin's irresponsibility occurred on May 6 when he was returning from his shift. That day he ran into a roll-up door at the Lummis facility in Valero, causing significant damage to the door. Damage to the

truck, however, was minor. ( 24 ) Finally, on June 7, McLaughlin once again demonstrated his carelessness by knocking down several mailboxes near the edge of the company's parking lot. There wss damage to the mailboxes and minor damage to the truck. Mr David Rossi stated that he had spoken with McLaughlin on several occasions about his driving record. (25)He added that he had warned Mclaughlin that three preventable accidents in one year could lead to his discharge,as indeed it should. .

23. What did the Lummis Accident Committee find out about the accident that occurred on March 13? D )。

24. What did McLaughlin do on June 7 near the edge of the company's parking lot? B) 。

25. What is most probably going to happen to McLaughlin? A) 。

53.The sharing economy is likely to go the way of

54.One advantage of sharLR9 1s that owners economy from renting out items not made full use of.

55.Sharing appeals to the sociable in that they can meet new people. .

Many people are fond of Chinese cuisine. In China, cooking is regarded not only as a craftsmanship, but also as an art. A well-prepared Chinese cuisine is both tasty and good-looking. Cooking skills and dish ingredients vary a Io! in different regions of China. However, good Chinese cuisines always share something in common, that is, the color, aroma, taste and nutrition. As food is vital for one's health, a good chef is always trying to strike a balance among grains, meat and vegetables. That's why Chinese cuisine is tasty and healthy. 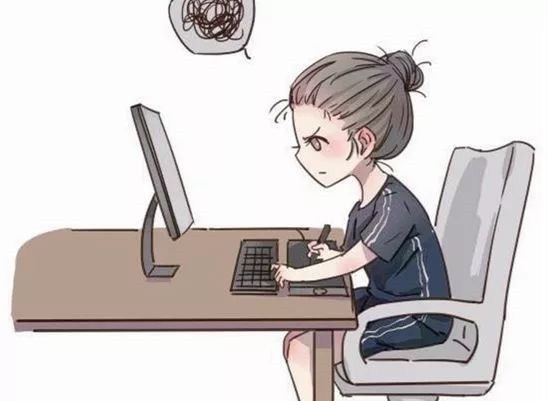 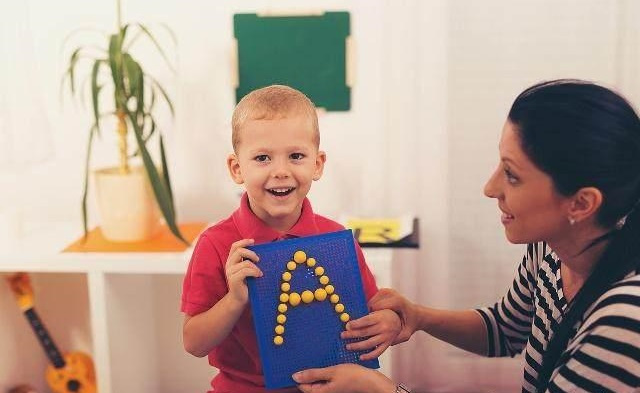 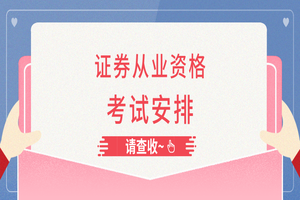 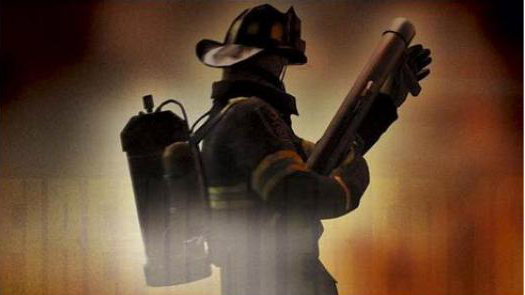 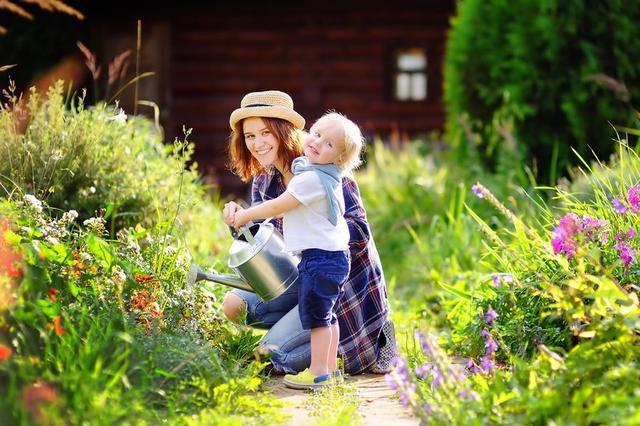 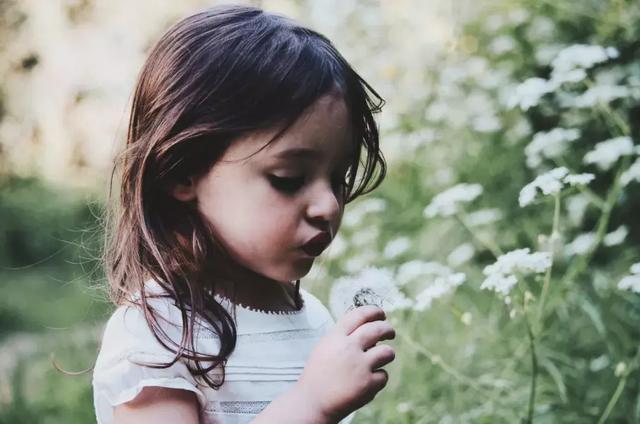 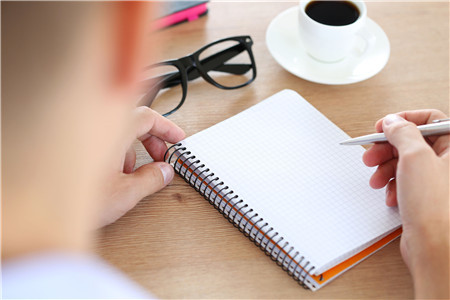